Edwin Shirley Limited is a transport company based in East London. We offer a number of transport services and can work across the UK and Europe. We specialise in entertainment industry transport but also work with many other types of company.

Are you looking for vans or trucks to move your equipment? Call us today for a quote on 07855 505190 or email us at edwinshirley@hotmail.com.

Edwin Shirley Transport was started by Edwin Shirley in 2005 building on his extensive knowledge of theatre and stage transport gathered over a long career. Unfortunately, Edwin died in 2013. This website has some information about the man himself as well as professional information for clients.

The company is now run by Emma Pascoe who worked with Edwin since the beginning of the company. Please contact her using the details above if you have any questions about the services we provide.

Video from Edwin’s memorial is now on YouTube. Here is the entire memorial unedited:

The link below takes you to the YouTube channel which includes various people recording short memories they have of Edwin:

It is not too late to record a video or write a short memory and send it to me!

I’m working on a short overview of the memorial which will hopefully be up in the coming weeks.

The company is still running!

We just wanted to say a huge thank you to all our customers. It has now been almost a year since Edwin died, and it is down to your loyalty that we have managed to keep the company going.

If you would like to ask for a quote on a transport job please email us using info ‘at’ edwinshirley.com.

We will post the video of Edwin’s memorial soon. Thank you to everyone who helped make the memorial a success. Since then over £3000 has been donated to the Edwin Shirley Bursary at the National Youth Theatre. The NYT was a huge part of Edwin’s life and it is fantastic that so much money has been raised. 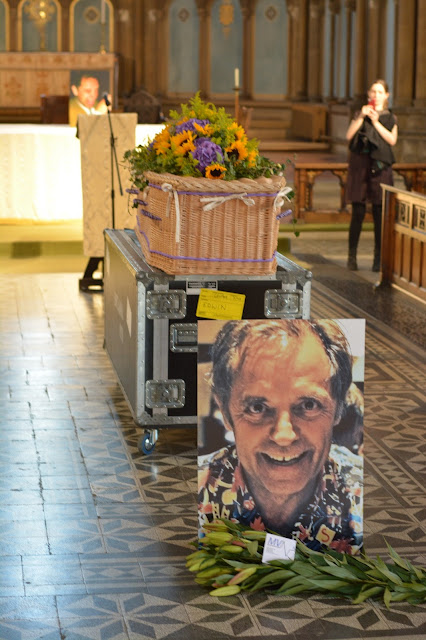 Edwin’s funeral will be held in the next few days. Please email info at edwinshirley.com if you were friends with Edwin and would like the details.

Instead of sending flowers please consider making a donation to the National Youth Theatre for a new bursary in Edwin’s name. This wonderful organisation was very close to Edwin’s heart. The money will be used to support young actors. Click here  to donate.

We also suggest going to see one of the NYT’s plays this season, and raising a glass to Edwin in the bar afterwards.

If you knew Edwin just a little but would still like the chance to remember him, then please come to his memorial on May 19th. We will post a notice here as soon as we know the exact time and other details.

Some photos of Edwin.

We are currently compiling photographs and anecdotes to use at Edwin’s memorial. Please consider doing one or more of the following.

The email address to use is info at edwinshirley.com.

Also feel free to leave comments on this website, with memories or stories that you would like to share. We will also use these for the book if you find that easier than emailing.

Edwin’s death, on 16 April 2013, has been reported in various media outlets. A number of these are compiled below:

I will continue to add links to this page as they are published.

We have been overwhelmed by the volume of messages received, as well as by their warmth and sincerity. These have been a comfort to the Shirley and Pascoe families over the past week.

We will shortly be announcing details of Edwin’s memorial.

Please email info at edwinshirley.com with any messages (by replacing ‘ at ‘ with @).

It is with a completely broken heart that I have to tell you that Edwin died yesterday, 16th April.

He had been suffering from cancer and undergoing a gruelling chemotherapy regime, but yesterday his body gave in.  He died whilst undergoing a procedure to find out where he was having some internal bleeding, but during this he had a catastrophic bleed and his heart could not take it.

He loved his work and particularly all the great people we worked with.

I am writing to say that for now I intend to keep his company going if possible as that is what he would expect of me.  He worked so hard even when he was feeling terrible with the chemotherapy as it was his reason for living.  Even to the very end he was full of energy and talking about the next business plan.  He was an extraordinary man and was loved by many.

In the next few days I will write and let everyone know what the arrangements are for Edwin’s funeral.

I wanted to thank you for all your support over the years. It meant a great deal to Edwin.

Please email info at edwinshirley.com with any messages.